Andriy Yarmolenko led Dynamo Kyiv to a  Ukranian Premier League title last year. Can he be a difference-maker in the English Premier League?

Liverpool and Tottenham may miss out on a dominant Ukranian forward with Stoke City set to break the club’s transfer record for Dynamo Kyiv star Andriy Yarmolenko’s signature.

According to the Stoke Sentinel, the Potters are prepared to shatter their club transfer record with a potential transfer for the £15 million-rated Ukrainian superstar.  The 25-year-old Yarmolenko is considered one of the best, if not the best footballers in Ukraine and has been linked to Liverpool and Tottenham in the past. 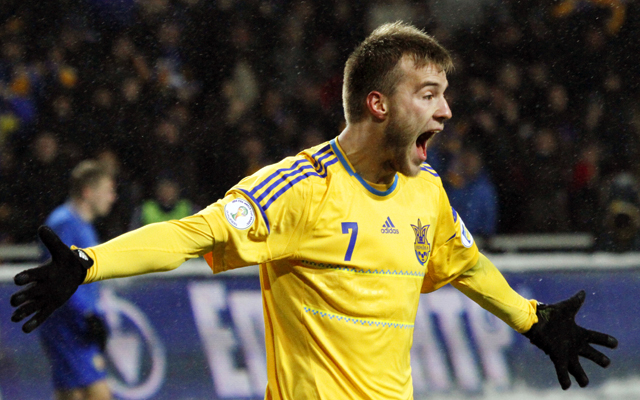