SEE MORE: Most expensive players of all time

Arsenal are set to capture Olympiakos star Kostas Manolas, and their search for a new centre-back could be brought to an end as early as this week. You can read more about the transfer story here. 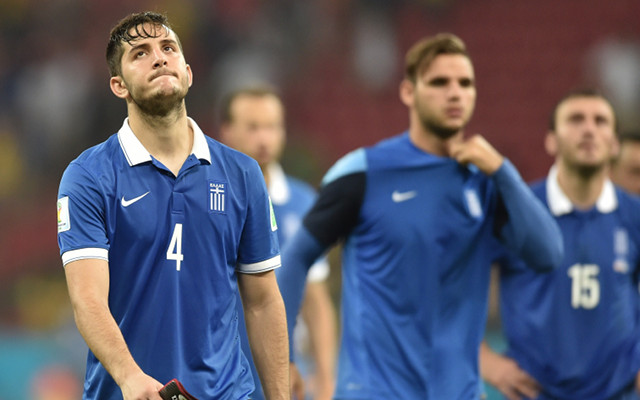 1) Konstantinos Kostas Manolas was born on the 14th June 1991, meaning that he is 23-years-old. He was born in Naxos in Greece.

2) He is the nephew of Greek football legend Stelios Manolas, a defender who played 71 games for his country between 1982 and 1995, and spent his entire club career with AEK Athens. He is regarded as the club’s all time greatest player.

3) After beginning his career with Thrasyvoulos, Manolas was scouted by his uncle, who had become AEK’s technical director. Both he, and manager Dusan Bajevic were impressed with his performances, and he was signed by Athens in 2009.

4) After signing for AEK, Manolas stated: I am very happy signing for the team I support, hopefully I can be a legend at the club like my uncle and end my career at AEK. However, he would only remain at the club until 2012 – making 66 league appearances and scoring three goals.

5) Manolas scored his first professional goal against arch rivals Olympiakos in May 2010, although he was in fact playing with a broken jaw since the first minute of the match after a dangerous nudge by Kostas Mitroglou. He scored five minutes later, ignoring all pain, but was eventually taken off after a quarter of an hour.

He refused to be taken to the hospital before the match was over, despite being urged by his Uncle Stelios. The next day, he underwent a successful three-hour surgery, recovered, and quickly returned to training sessions. AEK won the game 2-1.