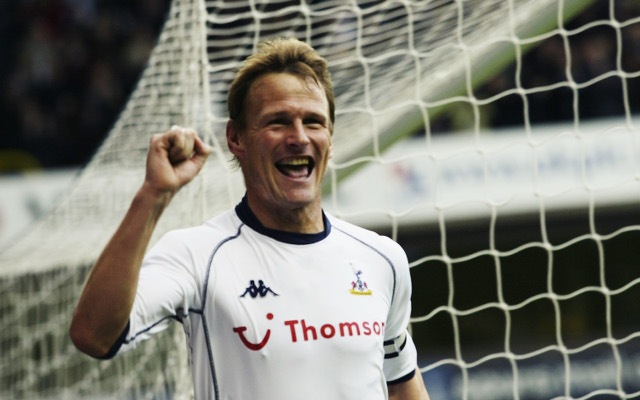 Having won the golden boot in the Premier League’s inaugural season, Sheringham quickly established himself as a hero at White Hart Lane.

When Man United came calling though he had to listen, but after playing a pivotal role in their treble-winning season in 1998/1999, he returned to Spurs and scored 22 goals in two seasons.