8. Africa has arrived
Despite the Ivory Coast’s dreadful loss to Germany, both Cameroon and Nigeria had impressive matches that have really opened spectator’s eyes to the continent of Africa. Before this Women’s World Cup, Africa was 4-25-3 in World Cup matches.  For the first time in 16 years, Africa gained four points in the tournament with the combination of Cameroon’s 6-o win over Ecuador and Nigeria’s 3-3 draw with Sweden.

7. And with that, Nigeria could be a real dark horse in the tournament 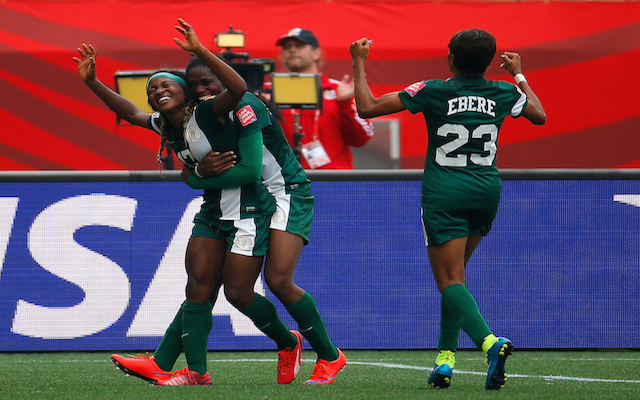 Nigeria’s impressive comeback from 2-0 back to Sweden to the eventual 3-3 tie was one of the most surprising outcomes of the tournament so far, and one of the north African side’s star players was forward Asisat Oshoala. She currently plays for Liverpool and was recently voted the BBC women’s footballer of the year, having previously earned the player of the tournament award and top goalscorer at last year’s world Under-20s tournament. Against Sweden, she scored once, and her partnership with powerful forward Ngozi Okobi offers serious threat. Definitely watch out for the Nigerians throughout the tournament.